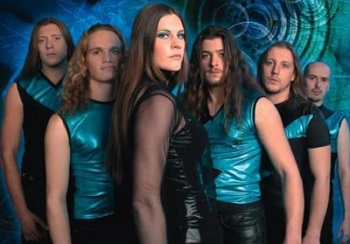 After Forever (1995-2009) was a Dutch Symphonic Metal band. They started out playing Death Metal under the name Apocalypse, but had shifted styles by the time they released their first album in 2000. (They did continue to use death metal-style Harsh Vocals in addition to operatic female vocals.) They released five albums before disbanding in 2009, due to burnout.

Members (as of breakup:)

Tropes that apply to After Forever: