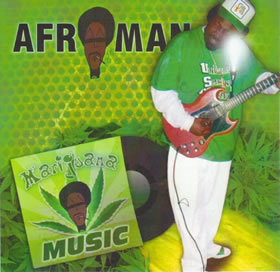 Afroman is the stage name of Joseph Edgar Foreman, a Los Angeles-born, Mississippi-based rapper known for his songs "Because I Got High" and "Crazy Rap".