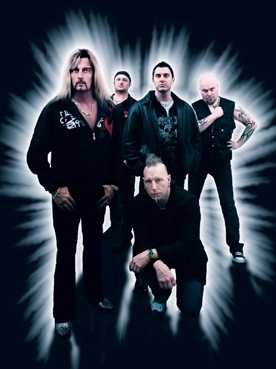 A power/speed metal band from Germany and formed in 1989. It was formed by German guitarist Axel Rudi Pell, whom the band is named after, after his departure from Steeler in 1988. The current lineup consists of Johnny Gioeli (of Hardline and Crush 40 fame) on vocals, Axel Rudi Pell on guitars, Volker Krawczak on bass, Mike Terrana on drums and Ferdy Doernberg on keyboards.

They play a classic traditional melodic heavy metal, predictably guitar-heavy but less flashy than Yngwie Malmsteen, with an emphasis on softer ballads as evidenced by three separate ballad compilations over the years.