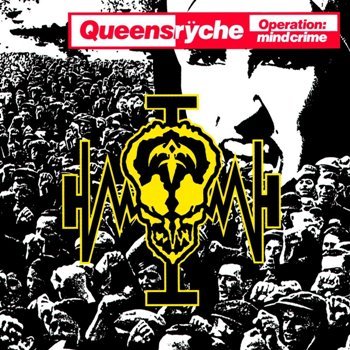 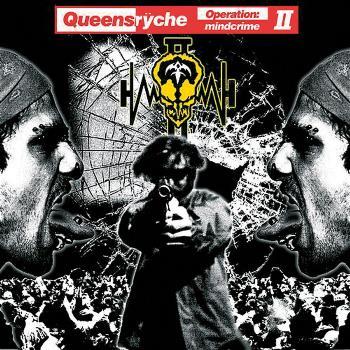 "I remember now. I remember how it started. I can't remember yesterday. I just remember doing what they told me..."
—I Remember Now
Advertisement:

A Rock Opera by Progressive Metal band Queensrÿche, released in 1988, focusing on a drug-addicted street kid who, brainwashed by a charismatic demagogue, becomes the assassin for an underground revolutionary movement. The sequel, released in 2006, continues to follow him as he attempts to deal with the demons that have been haunting him.

The story explores such topics as governmental and religious hypocrisy, love and sex (and the differences between them), and personal responsibility for one's own actions and one's lot in life. All of this is placed in a believable, Next Sunday A.D.-esque world which is very overtly modeled on the sociopolitical climate of each album's time.

Operation: Mindcrime
Nikki, just an urchin living under the streets, is fed up with what he sees as corruption and hypocrisy in every level of society. Fortunately for him (or so it seems), he comes across charismatic revolutionary leader Doctor X, who recruits Nikki to his cause. Nikki becomes a political assassin, murdering anyone who stands in Dr. X's way; but soon his conscience begins to torture him and he starts to doubt the cause he's fighting for. Then things get complicated.

Nikki is in love with Sister Mary, a prostitute-turned-nun, and decides to leave the revolution and clean up his life. But then it gets worse: Dr. X, for reasons all his own, orders Nikki to kill Mary. Nikki tries to comply, but his love for Mary prevails and he decides instead to confront Dr. X. However, Dr. X holds Nikki's heroin addiction over his head; Nikki is trapped.

And then it gets worse again: Nikki finds Mary dead. Police on the scene quickly arrest Nikki for the murder, but he insists he didn't do the deed... but if not, then who did?

The loss of Mary sends Nikki into a catatonic state, and he is committed to a mental institution.

Note: Operation: Mindcrime is deliberately sparse on details of Mary's death, especially pertaining to the identity of her killer. The video compilation Video: Mindcrime included several possible interpretations; and a Queensrÿche concert show from the late 90s provided further extrapolation, while a 2004 concert show explained it outright

; however, for purposes of this page, only the original album is being considered canon.

Operation: Mindcrime II
Nearly twenty years after being incarcerated at the end of OM1, Nikki is summarily released, with little or no attempt to help him integrate into civilian life. Naturally he finds himself on the wrong side of the law again, which only serves to fuel his still-extant hatred for the governmental authorities.

Ultimately, Nikki decides to confront and kill Dr. X, whom he continues to blame for all the problems that have plagued him his entire life. But will killing his nemesis really solve his problems, or bring Nikki any comfort over the loss of Mary?

Tropes of a Stranger: