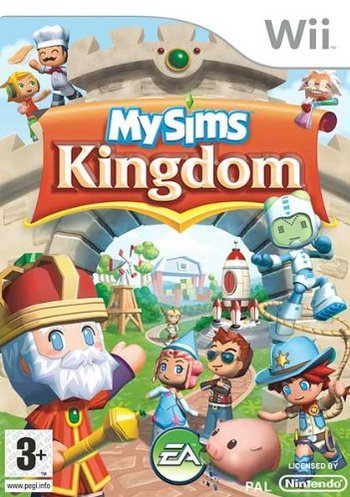 MySims Kingdom is part of the MySims series, which in turn is a spinoff of The Sims series. It was released in 2008 for the Wii.

This game revolves around quests and the scrolls that come with them. You have to gather a bunch of different items to complete the scrolls and get new items. Then, you furnish islands and buildings with your new furniture. It's what you're set out to do on your adventure.

This spinoff includes examples of: