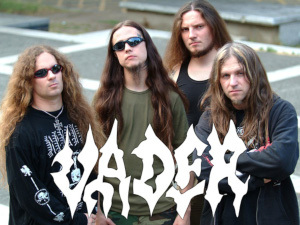 Vader are a Polish Death Metal/Thrash Metal Band, with good emphasis on the Thrash. Originally starting off simply as a harder thrash band before shifting towards the style that they play.