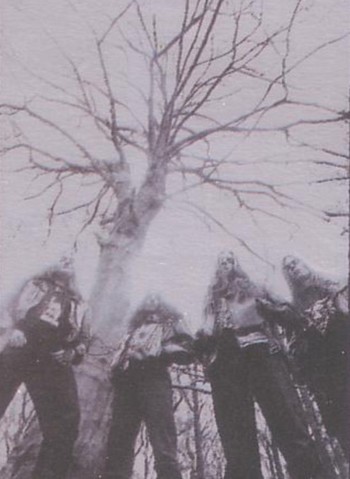 The band around the time of "Where no life dwells."
Advertisement:

Unleashed is a Death Metal band from Sweden. Formed in 1989, they are one of the most beloved classic death metal bands emerging in the late 80s/early 90s even to this day. They are known for their unique approach to the genre, an example being vocalist Johnny Hedlund using an almost entirely decipherable shout rather than a deep grunt (although it was harder to understand him on their earlier material, possibly due to the production), as well as their emphasis on catchy riffing rather than full-on brutality. That being said, they are still by all means a death metal act and are still a very heavy band. They are also known for incorporating Viking-themed lyrics in their music while still not being viking metal, as well as their lyrics in general being about various topics that range from fun to storytelling, rarely being about gore/death like most bands in their genre.

Unleashed are one of death metal's longest-running bands, having released 13 studio albums in their career. They continue to go strong to this day, still touring and making music on a regular basis. In the crowded genre of death metal, Unleashed manages to stand out among the rest, and don't seem to be going away any time soon.

Unleashed and their music provide examples of: