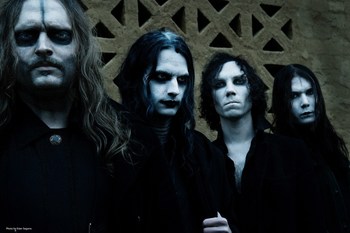 Lyrically, they tend to cover occult and esoteric topics, primarily of a Hindu and Gnostic persuasion, with some vampiric undertones.