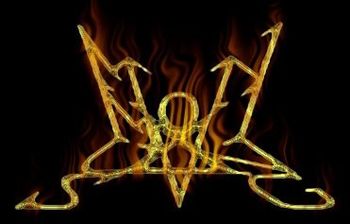 Summoning was formed in 1993 by drinking buddies Richard Lederer, Michael Gregor and Alexander Trondl, who met in a pub in Austria. They secured a deal with Napalm Records in 1995 and released their debut Lugburz, a traditional Black Metal album that was quite different from their later projects.

Shortly after recording Lugburz, Trondl was kicked from the band for being "a commercial-thinking asshole". Lederer and Gregor continued as a duo, and instead of getting a new drummer changed to keyboard percussion to produce a more epic, atmospheric style. They combined this with low-key guitars and multi-layered synthesizer and keyboard melodies mimicking a full orchestra, while retaining the growling vocals to produce what would become the trademark Summoning sound. Most of their lyrics were inspired by the works of J. R. R. Tolkien, with some songs taking lyrics straight from poems/songs in The Hobbit and The Lord of the Rings. Some of the songs on Let Mortal Heroes Sing Your Fame are also inspired by the works of Michael Moorcock.

Since Oath Bound, both members have taken time out to work on other projects, with Lederer working on music for a full-length release while waiting for Gregor to finish recording the next album for his solo band Kreuzweg Ost.

They announced a comeback in 2012, and the new album Old Mornings Dawn was finally released in summer 2013. The band's eighth album will reportedly be released in 2016, but was later on changed to 2018, to much fanfare.

Former members and session include:

Summoning and their music provide examples of: