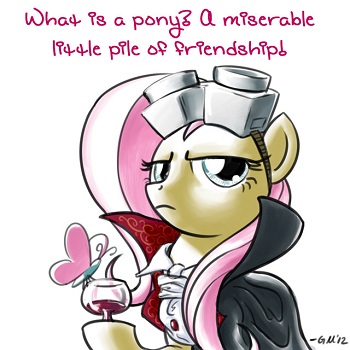 Most. Adorable. Vampire. Ever.
Fluttershy is a vampire and has been for years. Twilight Sparkle is apparently the only pony in Ponyville who didn’t know that.
Advertisement:

is a My Little Pony: Friendship Is Magic fan fiction written by Charcoal Quill