Stylized for the Viewer 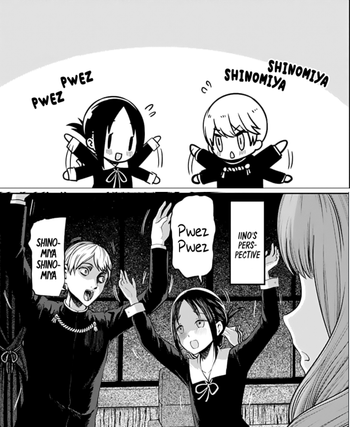 "So are they, in reality, on all fours, just roaring, and they just think they are standing upright? Or do the humans notice that they are standi — you know what!? Animated movie with ambiguously defined rules!"
— CinemaSins
Advertisement:

Usually we're meant to take character designs at face value but this is not the case. In-series characters see each other in a different way from how we see them, even ignoring art styles.

Contrast to Appearance Is in the Eye of the Beholder and Rule of Perception. Using a Fourth-Wall Portrait is a way to draw a more accurate version of the character. May be a sign of a Lazy Artist or Stylistic Suck.