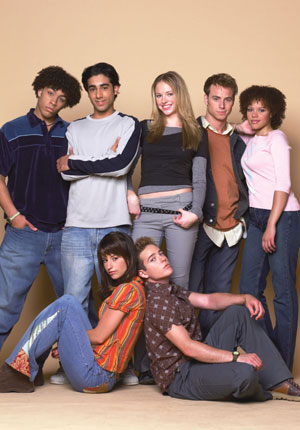 Radio Free Roscoe was a Teen Drama that aired on Family Channel in Canada and on Noggin's teen block, The N, in The United States. From Will McRobb, one of the co-creators of The Adventures of Pete & Pete, it was about the exploits of four teenagers who ran and DJ-ed their own pirate radio station in response to Cougar Radio, their school's radio station:

The show ran for four seasons and of 52 episodes. While it never quite rose to the popularity of The N's top show, Degrassi: The Next Generation, it is still a pretty good alternative as it's not as melodramatic.

Tropes used by this show include: