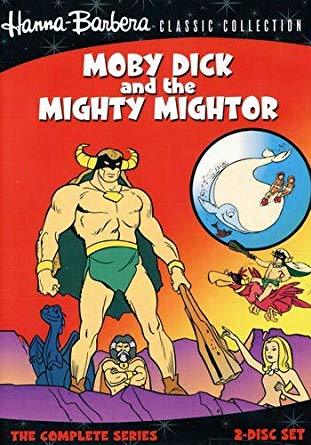 This Hanna-Barbera series was another of the studio's 1960s action lineup. Mighty Mightor featured the adventures of Mightor and his pet, Tog, in a prehistoric setting. Mightor is in reality Tor, who received a magic club for rescuing an old hermit from a rampaging dinosaur. He need only raise the club and yell "Mightor" to change into a prehistoric superhero complete with flight and Super Strength.

In his original series, Mightor shared a half hour with Moby Dick.