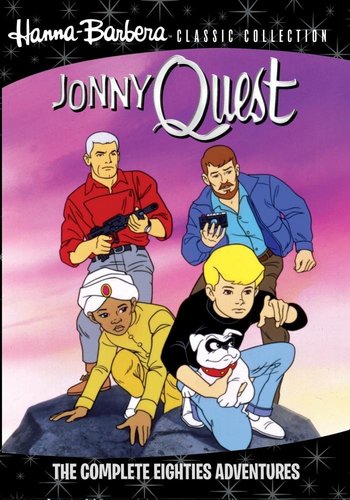 The young hero Jonny Quest returns in the 80s for this second series (or season, if you are so inclined). In differentiating the two this is often called The New Adventures of Jonny Quest.

This second Jonny Quest series was syndicated in 1986-87 as part of the second season of The Funtastic World of Hanna-Barbera, with two new characters: Jessie Bradshaw, whose father was a colleague of Dr. Quest, and Hard Rock, a man made of living stone.

This incarnation was noted for being more of the time and being a bit more kid friendly than the previous incarnation. This isn't to say it doesn't contain plenty of adventure too, just in a different tone.

The New Tropes of Jonny Quest: