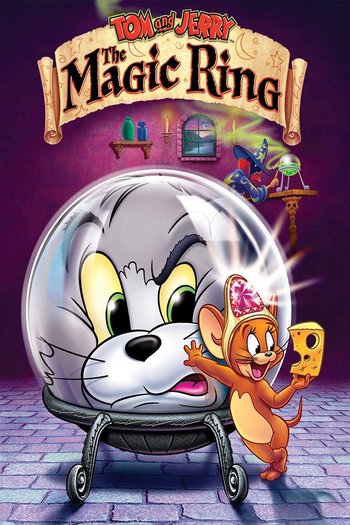 Tom and Jerry: The Magic Ring is the first entry in the Tom and Jerry Direct-to-Video Film Series. Tom and Jerry return to their usual chase antics while living in the house of a magician named Chip. Tom is placed in charge of making sure the titular magic ring is protected. Naturally it ends up stuck to Jerry's head and the chase begins again.