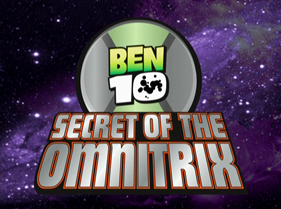 The first feature film of the Ben 10 animated series. For the overall series it's actually the second film in the franchise coming after Ben 10: Race Against Time as well as the second based off the original series. It's also the Grand Finale canonically and in official order of the series (designated as episodes 49-51) despite that it was produced and took place before the last 10 episodes of the series and aired between "Big Fat Alien Wedding" and "Ben 4 Good Buddy" in Cartoon Network airing order.

An encounter with Dr. Animo accidentally sets off a self-destruct protocol in the Omnitrix. Tetrax reappears, and tells Ben that, in order to stop the countdown (the ramifications of which Tetrax doesn't reveal until later), they must find the only being who knows the inner workings of the device: its creator, Azmuth. Tetrax takes Ben (and Gwen, who stowed away on the ship) on an inter-stellar journey that's anything but leisurely, and that's before considering that Vilgax is hot on their tracks...