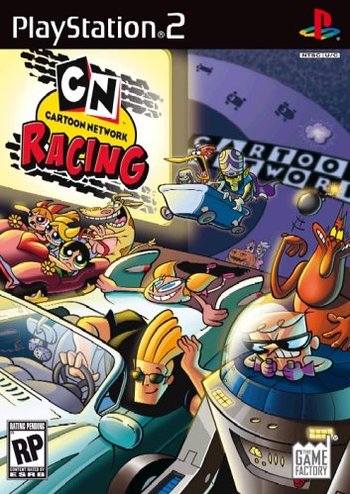 Cartoon Network Racing is a racing game for PlayStation 2 (developed by Eutechnyx) and Nintendo DS (developed by Firebrand Games) that was published by The Game Factory in 2006. Released to capitalize on Mario Kart: Double Dash!!'s success three years prior, the PlayStation 2 version of the game features various characters from the early years of Cartoon Network racing together, tag-team style, in a way that would seem very familiar to anyone that had played Double Dash!! beforehand.

Tropes that apply to the game