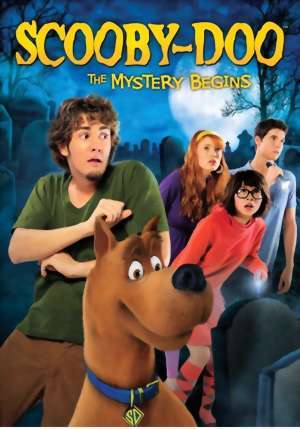 Scooby-Doo! The Mystery Begins is a 2009 made-for-TV film directed by Brian Levant, produced by Warner Premiere and distributed by Warner Home Video. It stars Frank Welker as the voice of Scooby, Nick Palatas as Shaggy, Kate Melton as Daphne, Hayley Kiyoko as Velma and Robbie Amell as Fred.

This film shows the first mystery ever solved by Scooby-Doo and his friends and how they first met and befriended one another.