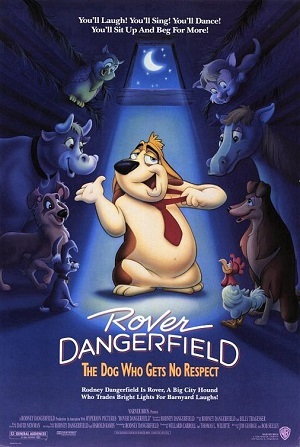 A 1991 Animated Musical produced by Hyperion Pictures and released by Warner Bros. starring the voice talents of comedian Rodney Dangerfield, who also wrote and co-produced the film. The story follows a street-smart dog named Rover, who is owned by a Las Vegas showgirl named Connie. One day Rover accidentally ruins an important deal between Connie's boyfriend, Rocky, and a group of gangsters. In revenge, Rocky stuffs Rover in a bag and tosses him over Hoover Dam. Rather than dying, Rover is saved downstream and ends up earning a living on a farm that's very different from the Strip.