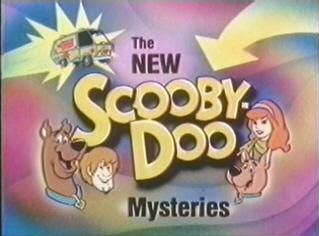 First airing in 1984, this is either considered the second season of The New Scooby-Doo and Scrappy-Doo Show or the next series following it. Scooby, Shaggy, Daphne and Scrappy still make up the gang. But here, Fred and Velma make occasional appearances either together or solo.
Advertisement:

The episodes follow pretty much the same format as the previous. There were 11-minute mysteries or a two-part episode.