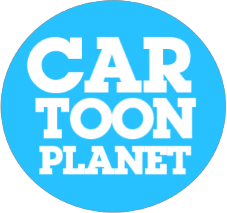 It smells like Cartoon Planet!
One day I bumped into this big shot TV guy I know
He says "I'm really desperate, would you like to host a show?"
I says "I'm kinda busy here, saving the world from crime
But if the money's right, then buddy, show me where to sign!"
— Space Ghost in the show's

Cartoon Planet (1995-1997) was a spin-off of Space Ghost Coast to Coast, or, what happened when the creative team behind said show was given free rein with the Turner cartoon library. Cartoon Planet was a mix of songs, sketches, and clips of older shows, described by head writer Pete Smith as "a cross between The Sonny and Cher Show, The Electric Company (1971), and recess at the Richard M. Nixon School for Wayward Boys". The show starred Space Ghost, Zorak, and Brak in the same character interpretations shown in Space Ghost Coast to Coast: Space Ghost as the egotistical blowhard host, Zorak his long-suffering (and evil) foil, and Brak as a loveable "half-lobotomized" simpleton. The characteristics of Brak in Cartoon Planet and banter between him and Zorak were the inspiration for their portrayal on The Brak Show. The show originally aired on TBS, then transferred to Cartoon Network; by 1997 the older cartoons that originally ran during the program were removed (thus shortening it to a half-hour).

It lasted only 22 episodes and due to copyright hangups will never be released on DVD. However, Rhino Entertainment did release two albums featuring songs and dialogue skits (with altered background music) from the show, "Space Ghost's Musical Bar-B-Que" in 1997, and "Space Ghost's Surf & Turf" in 1998. A non-commercial promotional album, "Modern Music for Swinging Superheroes", had previously been released in 1996; all of its contents were later re-released on the two Rhino Entertainment albums.

In 2012, Cartoon Planet was relaunched on Friday night, playing some of Cartoon Network's original "classic cartoons" as they call them, as a part of the network's 20th anniversary. Zorak and Brak return as hosts. After one year of running, it appeared that the block has lost its original purpose, the block then played a hodge podge of both old and current shows, including Johnny Test and The High Fructose Adventures of The Annoying Orange and now not only ran on Fridays, but every week day as well. It ended its run on February 8, 2014, and then was re-launched again on Boomerang starting June 6.

The following shows were rerun in the 2012 reboot:

Brak sings a lovely song about his favorite food.

Brak sings a lovely song about his favorite food.