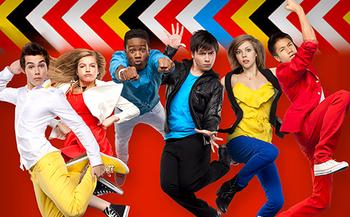 The show seemed to disappear after its season finale, and there was no news about it for months on end until it was eventually announced on July 29, 2013 that it had been cancelled, making this the last live-action show Cartoon Network had made for its channel before 2021, when the sitcom Family Mash-Up was picked up for HBO Max.

Incredible Crew has the following tropes:

And now, I'm going home to eat my jacket!