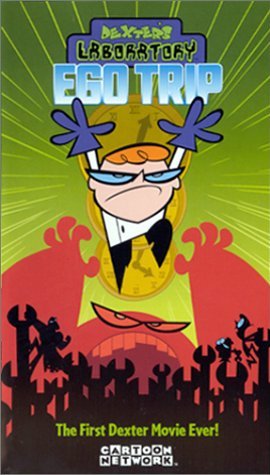 "I can't wait for the future!"note "The future is taking too long!"
Advertisement:

Ego Trip is an hour-long TV special of Dexter's Laboratory airing on Cartoon Network in 1999 as the Grand Finale of the show's original run.

After defeating some robots who came to his lab to "destroy the one who saved the future," Dexter decides to hop in his time machine to go to the future and see how cool he becomes. Unfortunately, when he gets there, he discovers that Mandark's arrogance and greed have led to the downfall of modern civilization. Dexter joins forces with three of his future selves to stop Mandark's reign of terror.

Easily the darkest installment of the show, with numerous scenes of violent action and Mandark being upgraded from a petty rival to a full-blown villain. Dexter's parents are almost entirely Out of Focus and Dee Dee only gets one line (albeit a very important one).

This special contain examples of:

Example of:
Storming the Castle