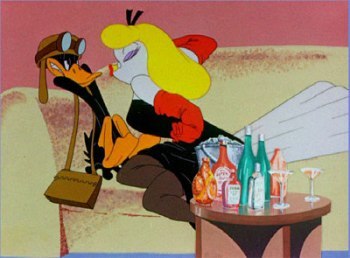 "Plane Daffy" is a 1944 Looney Tunes War Time Cartoon directed by Frank Tashlin. It stars Daffy Duck, who tries to bring a secret message to the allied headquarters, but has to battle a Femme Fatale Spy.