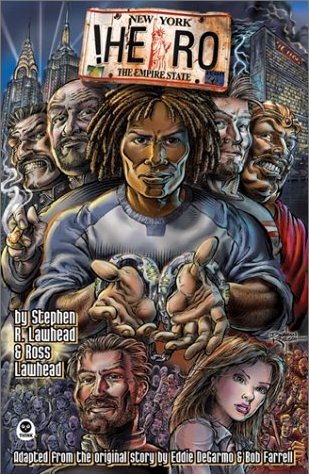 !HERO is a 2003 Christian Rock Opera by Eddie DeGarmo and Bob Farrell that modernizes the story of Jesus Christ. It notably featured a number of major players in the Christian Rock world, such as former dcTalk member and current Newsboys frontrunner Michael Tait as the title character, along with John Cooper of Skillet, Audio Adrenaline's Mark Stuart, and Rebecca St. James.
Advertisement: