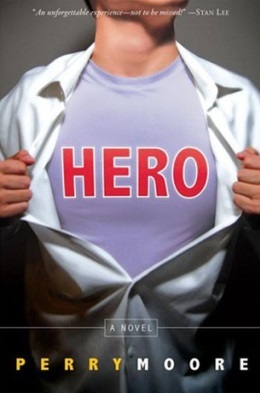 Hero is a 2007 novel by Perry Moore. It deals with Thom Creed, the son of retired-in-disgrace hero Major Might.

Major Might, also known as Hal Creed, has two strong beliefs. One is that homosexuality will directly lead to the collapse of society as we know it. The other is his grudge against superpowered heroes. Guess what two attributes define Thom?

Perry Moore and Stan Lee were in the process of making it into a TV movie pilot on Starz, but it fell into Development Hell. Some sequels were also planned, until Perry Moore's death got in the way.