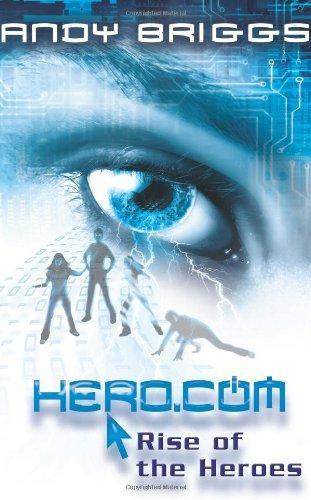 Toby, Pete, Lorna, and Emily are just average kids—until they stumble upon a Web site called Hero.com and download powers that turn them into superheroes. At first, flying, teleporting, and shooting lasers from their eyes seems like nothing but fun. But when the supervillain Doc Tempest kidnaps Toby and Lorna’s mom, things take a darker turn.

Now the heroes must band together and use their new skills—from super-strength to invisibility—to rescue their mom, fight evil, meet other superheroes from the Hero.com FAQ and try to save the world from destruction.

Of course, little do they know that Villain.net is out there too, recruiting teens for the other side...