Literature / Her Body and Other Parties 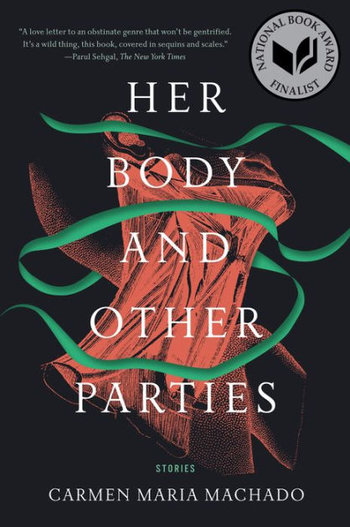 The original cover.
"god should have made girls lethal
when he made monsters of men."
— Elisabeth Hewer, the book's second epigraph
Advertisement:

Her Body and Other Parties is the debut collection of short stories by Carmen Maria Machado, published in 2017 by Graywolf Press.

It consists of eight stories—connected by themes of violence, attraction, and the female body—which straddle the lines between realist Lit Fic, Psychological Horror, and Supernatural Fiction.

The book won the Shirley Jackson Award and was nominated for the National Book Award, among others.