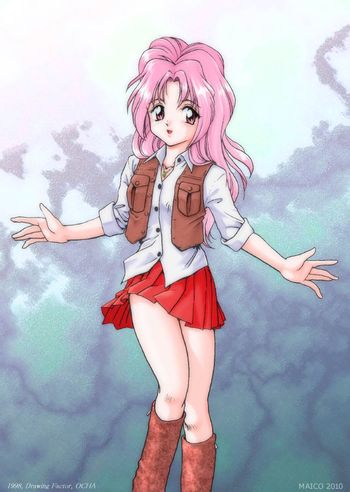 Android Announcer Maico 2010 (also known as Android Ana Maico 2010) is an anime series based on the manga series Maico 2010. The main character Maico (short for "Multi-Artificial Intelligence Computer Organism") is a pink-haired android girl brought in to revive a flagging radio program (although why they use an android in the form of a pretty young woman when she'll never be seen by the audience is never explained).