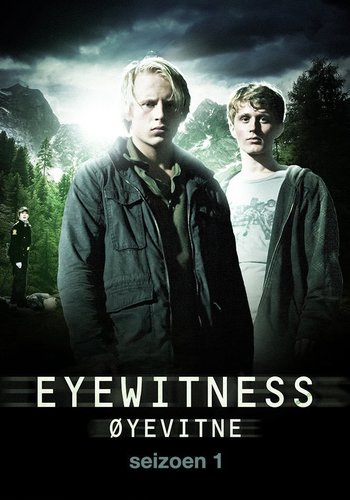 The series begins with school friends Philip (Bøyum) and Henning (Waage) hanging out together in an old workers’ cabin at a remote quarry, where they nervously begin to explore a previously unspoken mutual attraction. Their brief encounter is shattered when a car pulls up outside and a gun battle takes place before their eyes between a hostage and his abductors. The surviving abductee, having expertly dispatched his captors, spots the spying boys, but they manage to force an escape, taking the murder weapon with them, which they hurl into a nearby rock pool.

The victims of the shoot-out all belong to the local Ferrymen biker gang – though it’s soon revealed that one of them was a police informer trying to save the abductee-turned-killer from his captors, but the killer’s identity remains a mystery.

Philip and Henning make a pact to tell no one what they have witnessed, lest their sexual experimentation be discovered, but as Philip’s foster mother Helen (von der Lippe) is the local sheriff and heading up the murder investigation, their silence on what they both witnessed proves increasingly difficult.

As a with all Nordic Noir dramas, beware of uncovered spoilers below!

Tropes found in Øyevitne include: