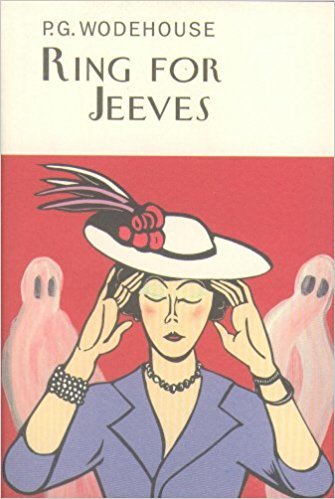 It is a Jeeves and Wooster novel—sort of, that is, in that it features hypercompetent uber-valet Jeeves, but not his master, brainless aristocrat Bertie Wooster. In this edition Bertie is off screen, and Jeeves has entered into temporary employment with Bill Belfry, the Earl of Rowcester. Bill is, like many British nobles in the post-World War II era, broke. His sister Monica and her husband Sir Roderick arrive with good news: Monica has lined up a sale of their huge mansion, to Mrs. Rosalinda Spottsworth, an American widow.

The sale of the house should facilitate broke Bill's impending marriage to Jill Wyvern, the local vet. However, there is a complication: Bill has been working as a bookie to earn some money, and in that capacity he ran up a £3000 debt to one C.G. Biggar. Captain Biggar, who is searching intently for Bill in order to get his money, also happens to know Mrs. Spottsworth, the prospective buyer of Bill's mansion—he was on the hunting expedition in which her husband was killed. And there's another, more serious complication: Bill knows Rosalinda Spottsworth as well. As it turns out, she was his girlfriend, before they broke up and she got married.