Literature / The Shape of Things to Come 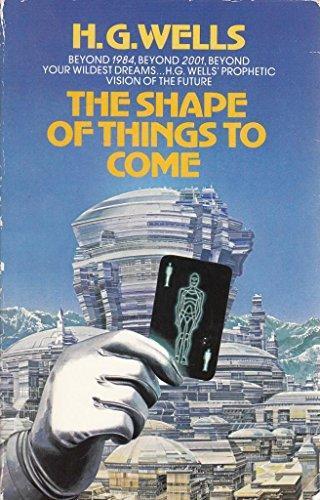 The Shape of Things to Come is a 1933 Speculative Fiction novel by H. G. Wells, detailing mankind's struggles to survive and reach the future in the midst of global war and societal collapse.

The original novel prognosticates World War II (though in the book the war lasts for a decade or more), which ends inconclusively but decimates all of civilization — not helped by a horrific plague which nearly effaces the human populace (in the book the 'history writer' claims the world population was cut in half).

Wells then envisions a benevolent One World Order which comes in and, using its monopoly on the world's surviving transportation infrastructure, begins to rebuild society into a scientific utopia. After a century, the One World Order is peacefully overthrown, after which the utopia is apparently achieved.

The novel was adapted to film as Things to Come in 1936, and the title (and little else) was appropriated for another sci-fi film in 1979. The novel also provided the title for an episode of Lost and the closing sequence of Caprica, amongst other Shout Outs in popular culture.