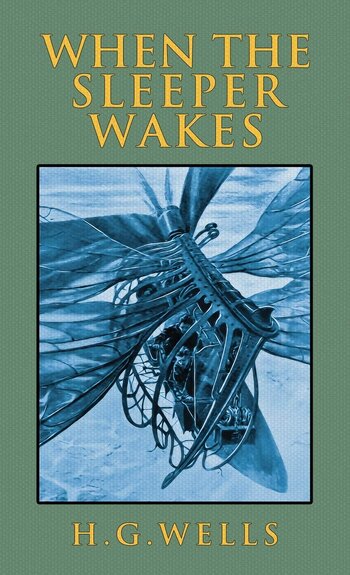 Struck by a strange ailment, a Victorian gentleman called Graham falls into a sudden coma. When he wakes up 203 years later, he discovers the trust set up by executors of his estate has grown so much that he is now the owner of almost everything on the planet. Under his name his trustees rule the planet, bringing in an age of total peace and startlingly advanced technology, but at a steep price — democracy is dead, the rich are brainless and hedonistic while the poor are all but slaves overseen by brutal military police.

Broken free from the trustees prison by a politician called Ostrog, Graham finds himself stuck in the middle of an uprising as Ostrog promises to restore Graham's power and bring an end to the council's reign.

Not one of H. G. Wells's best known works, The Sleeper Awakes (originally published as When The Sleeper Wakes) has nevertheless survived in print to the present day, and remains one of his classic science-fiction pieces. George Orwell claimed it explicitly as an influence on 1984, and it went on to (very) loosely inspire the Woody Allen comedy Sleeper.