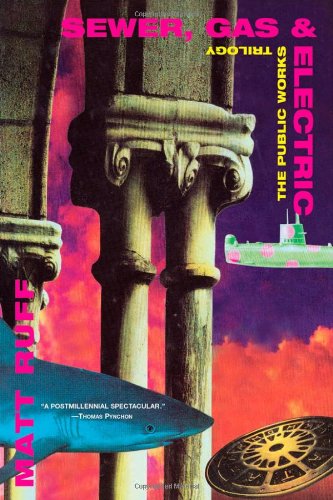 Sewer, Gas & Electric: The Public Works Trilogy opens up with a crazy businessman building the tower of Babel in New York City, and a hapless new hire to the Department of Sewers being eaten by a sewer-dwelling mutant great white shark. It's 2023, and New York is on the brink of a giant earthquake, and that's the least of the city's problems. Penned by Matt Ruff, it's a novel of ecoterrorism, mad AIs, absurdly spacious sewers and an AI construct of Ayn Rand spouting objectivist philosophy and generally having melting down arguments with the rest of the cast.