You Would Not Want to Live in Dex 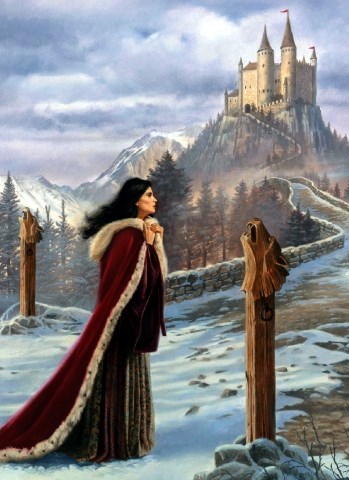 Must be a pretty brave Princess to come to a castle in the frozen north, with wolf heads carved on the driveway.
"If I owned this place and Hell, I'd rent this place out and live in Hell."
— Toombs, on Crematoria, The Chronicles of Riddick (and paraphrasing a quote about Texas usually attributed to Philip Henry Sheridan)

Because there are so many types of Dystopian settings, a Supertrope index was needed.

For settings that are Dystopias for those who hate regional or National Stereotypes, please see the Hollywood Atlas. When the oppressed fight back, see Civil Unrest Tropes. Compare Being In This Index Sucks.

The Big House: It might look a warm and cozy place to spend the night, but most guests are going to be gravely disappointed.

After the End: see Apocalyptic Index.

Nightmare worlds: It's High Octane Nightmare Fuel and doesn't bother to hide it.

Too Good To Be True: Just like a Utopia...Until you scratch the surface.

There Ain't No Justice: Possibly a good place to hide from authorities, if you can keep from being victimized yourself.