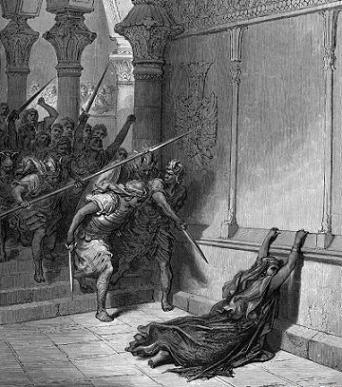 What they're about to do most certainly won't be peaceful or pretty!
Advertisement:

This is a list of tropes about any form of violent conflict or acts of physical harm that are (deliberately) inflicted by one living being against another.

This is the inverse of Peace Tropes. Also see Injury Tropes, Bloody Tropes, Breaking and Destruction Tropes. This index is often (though not always) related to Death Tropes, which has quite a bit of overlap.