Film / The Girl From Monday 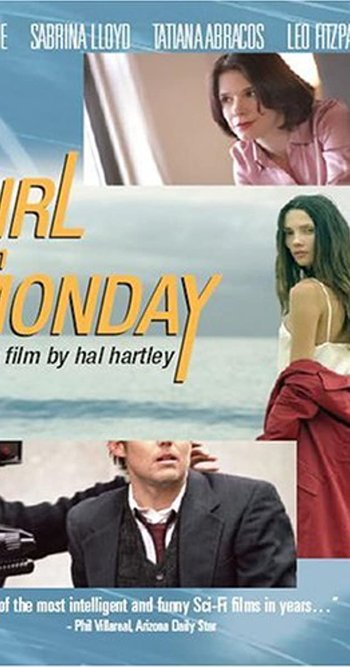 A 2005 film starring Bill Sage, Sabrina Lloyd, Tatiana Abracos and Leo Fitzpatrick, The Girl From Monday is a sci fi satire which mocks modern consumerism. Jack Bell (Sage) is a jaded advertising executive who had helped to bring Triple M (for Multi-Media Monopoly) into power in the US via a revolution. He then devised the innovative idea of turning sex into a commercial act.
Advertisement:

Realizing that the most sexually active people also consume more, due to much advertising linking economic consumption with sex, Jack proposed they record each sexual act electronically. For each act, their credit rating will be raised, along with a desirability rating. As a result of his idea, sex becomes commodified, and soon doing it for simple pleasure or love has been stigmatized. Jack is disgusted at what he's ushered in, first buying a gun to kill himself but then backing out, instead joining up with "counter-revolutionary" rebels.

At the same time, his abortive encounter with a fellow ad exec named Cecile draws her into joining the resistance too, while an alien woman who's come from her planet to Earth for mysterious reasons enters the picture.