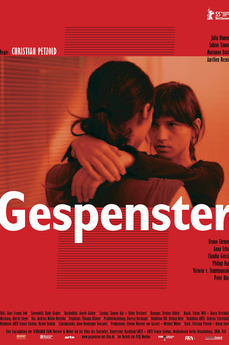 Ghosts, literally translated from the original title Gespenster, is a 2005 film directed by Christian Petzold and written by Harun Farocki and Christian Petzold. It stars Julia Hummer as Nina, Sabine Timoteo as Toni, and Marianne Basler as Françoise.

Nina is a teenage orphan living in a group home and starts a new job as a garden cleaner. She is shy, introverted and lives only in the past, which she tries to fabricate in her diary. She meets a young woman living on the street named Toni, who is concerned only with surviving the present moment. Even though they fall in love with each other, Toni soon starts betraying Nina. Then they meet Françoise, a woman who was recently released from a Berlin mental hospital and is now wandering Berlin aimlessly. Françoise is convinced that Nina is her daughter Marie, who was abducted years ago. Nina is not sure what to make of it.