Film / God Told Me To 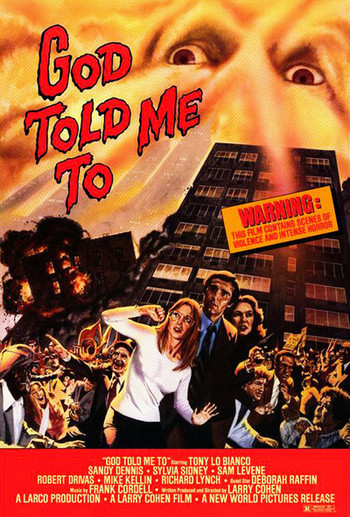 In a strange crime wave, a series of ordinary New Yorkers suddenly commit mass murders. All of them give the same justification: "God told me to." Detective Peter Nicholas (Lo Bianco), a devout Catholic, tries to find out why. He finds that all the killers talked to a man named Bernard Phillips (Lynch), and sets out to track him down.

Andy Kaufman, in his screen debut, briefly appears as a police officer who goes on a shooting spree.

God Told Me To contains examples of: