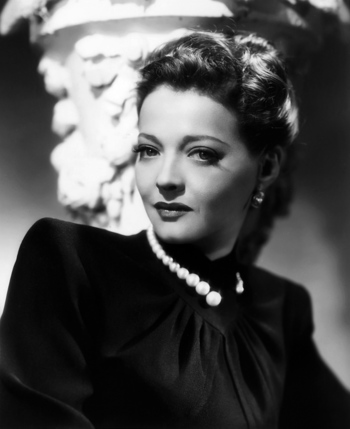 She first rose to prominence in dozens of leading roles in the 1930s, generally as a long-suffering heroine who has to overcome adversity. In later years, she focused more on character roles and stage acting, even getting a Best Supporting Actress Academy Award nomination for Summer Wishes, Winter Dreams in 1973. At age 78, she made a memorable appearance in Tim Burton's film Beetlejuice as "afterlife caseworker" Juno, a role that earned her a Supporting Actress Saturn Award. Burton cast her again in Mars Attacks! eight years later.

Among her extensive television work was playing Mama Carlson in the pilot episode of WKRP in Cincinnati before being replaced by Carol Bruce in the series proper. She was also an avid needlepoint enthusiast, and wrote two books on the subject.