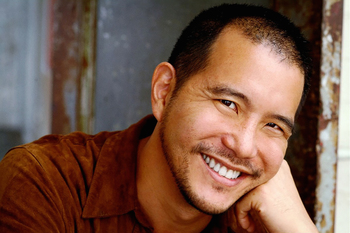 He is openly gay and has been married to Douglas Wood and they have one adopted child.