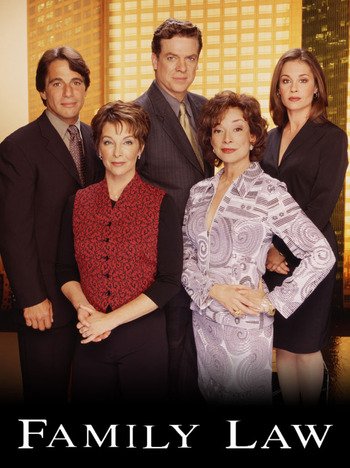 An American legal drama starring Kathleen Quinlan as a divorce lawyer starting her own law firm after her husband left her and their law practice. The show also has ambulance chaser Rex Weller (Christopher McDonald) and her best friend (Julie Warner), the only one of her original staff to not leave her after her husband's departure.