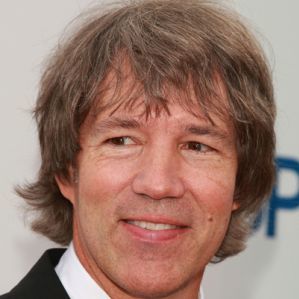 He was before creating his own series a story editor and writer on the genre-wise seminal L.A. Law, as well as co-writing the movie From The Hip (about, surprisingly, an unconventional lawyer).

Kelley is the first, and to date the only, person to see two series he created win Outstanding Comedy Series and Outstanding Drama Series on the same night, which happened at the 1999 Primetime Emmy Awards. The two shows in question were Ally McBeal and The Practice, respectively.

Married to Michelle Pfeiffer since 1993.