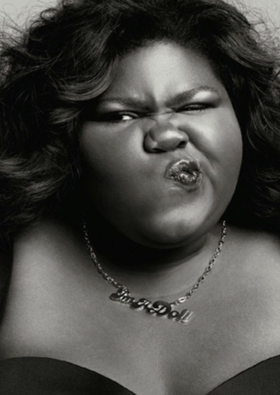 Gabourey Sidibe (born May 6, 1983 in Brooklyn, New York) is an American actress of Senegalese descent.

She was nominated for an Academy Award for her 2009 debut (and star-making) role in Precious. She also appeared in Tower Heist, Seven Psychopaths, The Big C, American Horror Story and Empire.