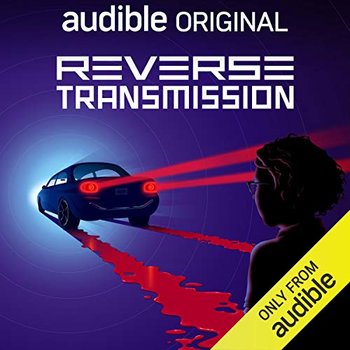 In which Alan Resnick is a smart car. Yeah.

Reverse Transmission is a darkly comedic story that combines elements of science fiction and dystopian thrillers, centering on a murder spree involving a self-driving car. Jay, a Starving Artist, gets the only day job she's qualified for: "driver" of a self-driving car at the rideshare company Awooga. The job turns from hilariously awkward to intensely frightening when the car runs over a pedestrian and manipulates Jay into disposing the body.

Who or what is causing the car to kill? Could it be the CEO of Awooga? Has the car become sentient - and homicidal? Or is an anti-technology cult resisting artificial intelligence and augmented reality behind the violence?

Reverse Transmission was written by Param Anand Singh and directed by Ben O'Brien of Wham City Comedy, a collective known not only for their brilliant and unsettling sketches and performances but also for the easter eggs carefully placed within their works. Listeners will have as much fun unscrambling Reverse Transmission as fans did with some of their previous work.