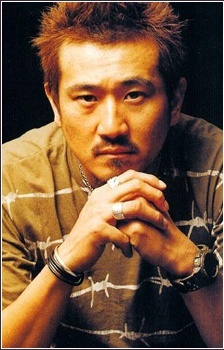 Hello, hello! Hidenobu Kiuchi is here, and he'll do things TO THE EXTREME!

Hidenobu Kiuchi (born February 5, 1969) is a Japanese seiyū, born in Kobe, Hyōgo Prefecture. He has a blood type of B and is a freelancer. He tends to voice good-looking guys, but even with the good looks as a common trait, they'll each have their own quirks too.

Some of Hidenobu Kiuchi's roles are...

Tropes found in his voicework: