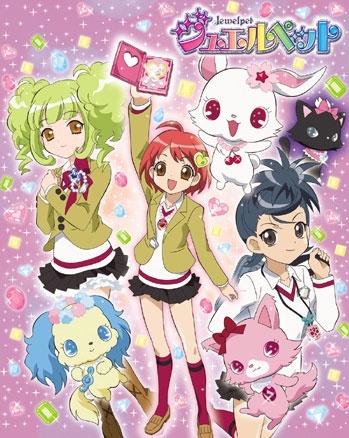 The first anime series of the Jewelpet franchise, which started airing in April 2009.

Set in the fictional city of Takaragaseki, the main heroine, Rinko Kougyoku, meets Ruby when the latter is tasked by the Gods to find the Jewelpets who fell in the human world. Rinko and her friends decide to help her, while stopping the evil Jewelpet Diana from doing the same. This season spends more time on the human world than other seasons.