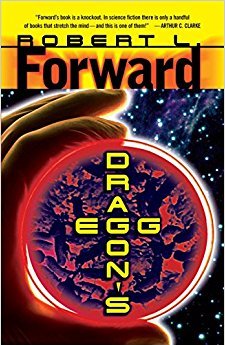 It is a first contact story about humans meeting the Cheela, a race of beings who live on the surface of a neutron star — the Dragon's Egg from the title.note So nicknamed because it's near the tail of the Draco constellation Both races live at a different time frame - twenty-nine seconds for a human is the rough equivalent of a year for a Cheela. It was followed in 1989 by a sequel, Starquake, which picks up exactly where Dragon's Egg leaves off.

Notable as a hard science fiction story in that the science tends to be the focus.