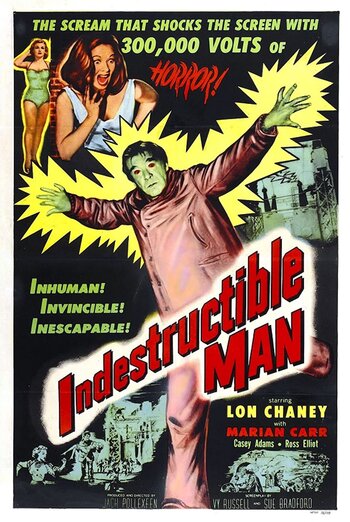 Convicted criminal Charles "Butcher" Benton goes to his death in the state prison, cursing the three men who double-crossed him following an armored-car hold-up: "Squeamy" Ellis, Joe Marcelli and Paul Lowe, his attorney and leader of the gang. He vows to return and kill them and dies without revealing the location of the stolen money. Detective Chasen is determined to keep working on the case until the stolen loot is recovered. Benton's body is taken to Professor Bradshaw and his assistant for experimentation, and they manage to restore him to life, making him practically indestructible in the process. He takes off after the three men, getting rid of everybody who stands in his way. He is impervious to police bullets. He kills Ellis and Marcelli, while Lowe seeks police protection. Benton takes to the sewers to recover the hidden loot and the police are powerless to stop him.