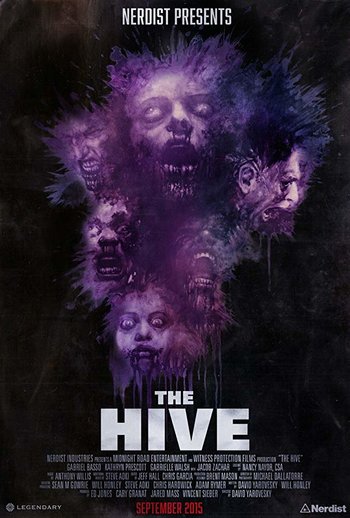 The Hive is a 2014 horror film directed by David Yarovesky and starring Gabriel Basso, Kathryn Prescott, and Sean Gunn. It begins with camp counselor Adam awakening inside a boarded-up room with no memories, covered in sores and tumors, and occasionally vomiting a tar-like substance. Working from the clues that have been left in the room, he must work backwards to discover exactly what happened to him and his friends, and to the camp as a whole before whatever is infecting it spreads.